How To Teach Your Dog Come When Called, Gravity. Part II

Helping Amy Teach Her Dog To Come When Called

When Amy called me she was desperate.

¨Hey Gabe, Daisy loves going to the park, but the minute I take her off leash she runs to the water, which as you know is pretty far¨  She told me.

“What do you do when that happens?” I asked her.

“Well, I call her, but she doesn’t come. Then she takes off, so I have to go all the way to the water. She doesn’t listen to me.¨

¨Where are you when you call her? – I asked again

“I don’t really know, I guess she is between me and the water because I usually end up chasing her”

When I went to the park with Amy and her pup Daisy I saw exactly what was happening. Because I already new the deal I stood between Daisy and the way to the water. Then I told Amy:

¨When a I say come please drop the leash”

As soon as I said come, Amy dropped the leash and Daisy rushed to me. Well she didn´t rushed to me, she was rushing to the water, but I happened to be in the way.

We repeated this several times. Every time Daisy came to me I gave her some pads, and cuddles, I  played with her a little bit and then took her back to Amy to repeat the process.

In very little time Daisy was coming to me when I was calling her. But even more important she was not rushing to the water anymore. She was staying around with us.

Amy was astonished, she couldn’t believe it.

How did the dog learn to come when called so fast?

It happened fast because I didn’t impose a method to Daisy. I simply saw where gravity was and I used it in my favor instead of against me.

I was calling Daisy before she was taking off and I was on the way where she was heading. Gravity was in my favor not against me.

Note:  I never got into the WHY Daisy was going crazy about rushing to the water. I just noticed that she was fixated into rushing towards the water. We humans love to get into the WHY of things and create science fiction stories around it. Dogs don’t really care about our stories.

The really important thing here is not the WHY but the HOW. How Daisy was performing this behavior, what state of mind was she in? If Daisy would’ve been in panic mode this would´ve never worked. I would’ve taken a completely different approach.

Dasiy was not afraid, she was fixated or obsessed with the water. That’s why she was running. Typical Bulldog behavior. Daisy is a bulldog.

Fixations or obsessions have a clear straight line direction towards something. They are easy to spot.

Anyways, by standing between Daisy and the water I broke that cycle where she was getting stuck. By calling her name and knowing that she was going to come to me I created an association between the word  “come” and the action Daisy coming to me. Once you know what’s going to happen it´s a matter of repetition.

According to Einstein, and I quote:  ¨definition of insanity is doing the same thing over and over again and expecting different results.¨

I would suggest to inverse this quote and use it for training : ¨do the same thing over and over again and expect the same results.¨

Make sure you use it wisely! 😉

Read Part 1 of How To Teach Your Dog Come When Called, Gravity. 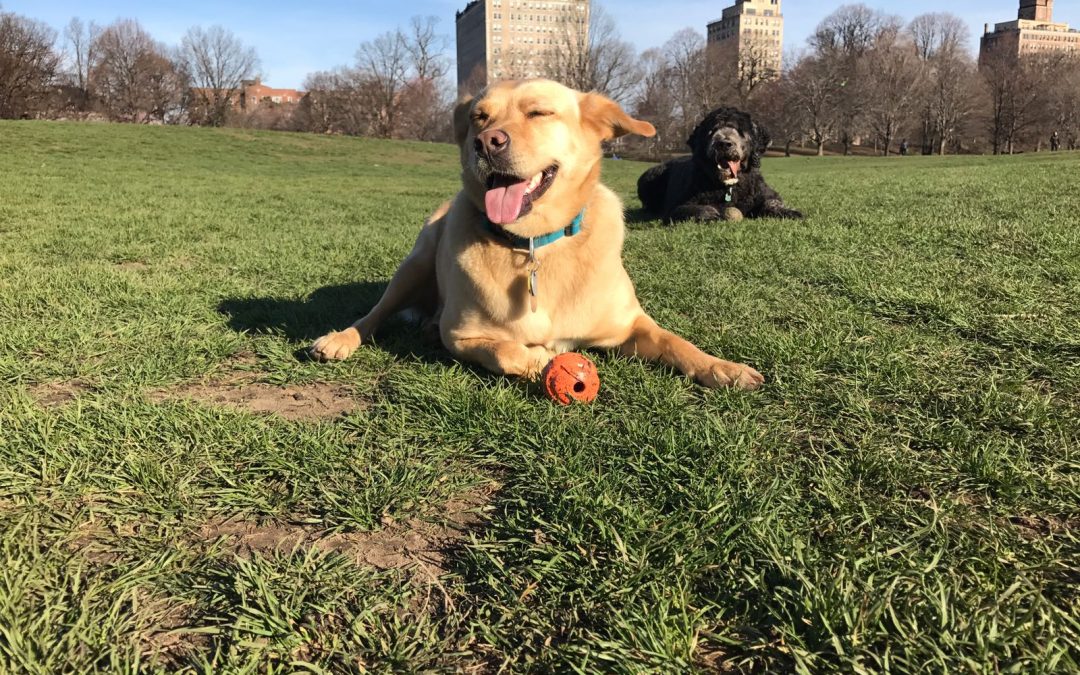 How To Teach Your Dog Come When Called. Part I

There are two approaches which you can use to teach your dog to ¨come¨ when called. You can also combine them.

The first one is Conditioning and Training and the second one is Gravity.

Let’s talk about the first one.

Conditioning and training means to condition your dog to associate the word ¨come¨ with the action ¨coming to you¨.

This might seem obvious to you. Nonetheless I keep seeing more often than not dog owners calling their dogs while they are going towards them.

This usually happens when your dog is getting into trouble. You call his or her name, your pup doesn´t listen and you end up going there. It doesn’t take long for your dog to learn that the word ¨come¨ means that you go to him or her.

I can’t repeat this enough: ¨YOUR DOG DOESN´T UNDERSTAND ENGLISH¨. Now, I don’t wanna bust your bubble. You are more than welcome to talk to your dog. I do it all the time. Just don’t expect him or her to understand what you’re saying. If you think your dog understands you please let me know and email me! I LOVE those stories!!!

Anyways, going back to business. When you say the word ¨come¨ make sure  that you know your dog is going to come to you. If not don’t say it, especially at the beginning. You want to create a solid and very consistent association with the word ¨come¨ and the action of coming to you. Successful repetitions is the key in the first stage.

How do you do this?

Well, it´s easier than what you think.

Make some noise and create some excitement if your pup doesn’t come to you right away. Kneeling down also helps. So you can try that too.

When your dog comes, reward him or her with enthusiasm. Then repeat it three to five times. Don’t over do it, because your dog will get bored. Do this several times during the day. Soon your dog will come to you like lightening.

As you are more and more successful add distractions and distance.

PS: In the next blog I´ll talk about the fascinating second approach: Gravity!