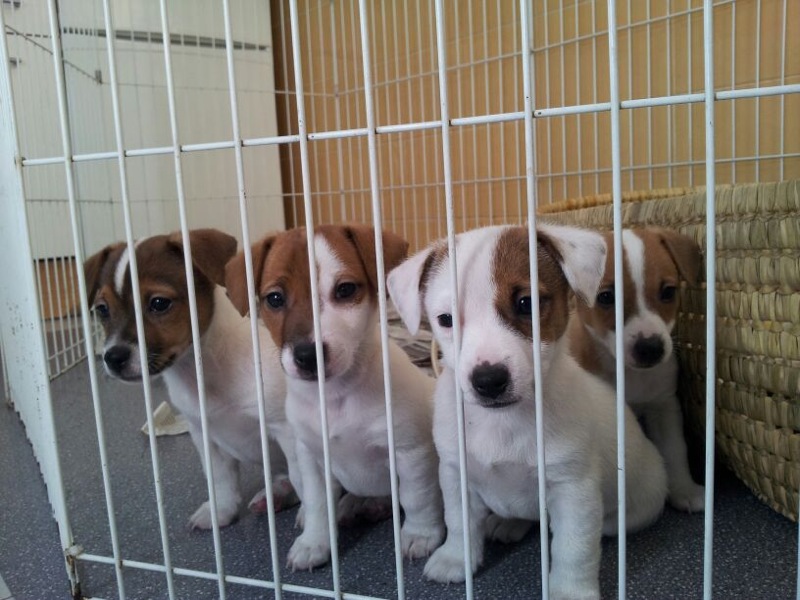 Housetraining is simple, but it is a big commitment for several months. The golden rule is to prevent the pup to make mistakes in the house by following these 3 concepts:

1. Timing. Effective housetraining depends entirely on your ability to predict when your puppy needs to eliminate so you can direct him/her to an appropriate toilet area and reward for doing so.

2. Supervision. The puppy is either going to be in his crate, in a confined area, under constant supervision or out side. In a matter of weeks they will learn how to hold it and they will be on schedule.”

3. Rewards. Every time your pup eliminates in an appropriate area reward by praising or with a treat.

1. At the first stage puppies don’t know how to hold it yet so you need to take them out very frequently until they develop the muscle that holds the bladder.

2. Progressively teach the puppy to hold it for longer periods of time and create a schedule

-Take your pup outside frequently, specially after eating, naps, long confinements, trips, or play sessions. Be observant so you can predict when they are going to go.

-Reward every time he/she goes on the right spot.

-Don’t allow the pup to make mistakes. For this is key use a confined space in the house with baby gates or a crate with stuffed and chew toys. They normally don’t go in the same place where they spend a lot of time.

-Do not let them wonder freely around the house without constant supervision, this is when they make mistakes.

– The puppy is either going to be in his crate, in a confined area or under constant supervision.

-If you take the pup outside and he/she doesn’t go, take him/her back to the crate or sit him/her on your lap for a while. Wait and try later. Repeat this until they go outside.

-If you catch your puppy making a mistake for the first week or so don’t say or do anything. Make sure he /she is comfortable peeing or pooping in front of you.

Once he /she is comfortable you can clap your hands and pick him/her up. Usually they stop. Take him/her out to finish the job. Then reward. If you stay passive the pup might learn that it’s OK to make a mistake. So it’s important that they know that you disagree and that you are not happy about it. Do not yell at them or get angry, is not a crime is just an accident.

-Punishment or yelling is not a good idea, by doing this there are good chances that your pup will understand that he/she is not suppose to do it in front of you, they will hide and probably will refuse to pee in front of you. So stay calm and be patient. Disagreeing with something is different than getting angry or yelling. The difference is teaching versus punishing.

-Always clean up accidents with an odor neutralizer if they do occur. This extremely important

-You can use the cue ¨go pee ¨ or ¨go potty¨ every time he/she does it where they are supposed to and reward by praising or with a treat. This will help you with the schedule.

-If you say the cue once or twice and the pup doesn’t go, means that he/she doesn’t know the cue or doesn’t need to go. DON´T repeat it. Wait and say the cue while they are doing it until they learn the cue.

-To teach them to hold it is essential to use a crate or a confined area where they are not going to go.

– Puppies, especially when they are 3 to 8 months old, usually do not go to the bathroom where they sleep, where they eat or spend a lot of time.

– Using the crate as the place where they sleep is a good way to associate the crate with relaxation, comfort and security. You can use it during the day as a tool to teach the pup to hold it.

-Do not use the crate for more than 3 hours at a time, during the day.

– If you don’t have a crate, a kitchen with baby gates is a good place for them to spend time without supervision. Make sure the kitchen is puppy proofed!

-Set up a schedule where they can go three or four times a day always at the same time windows.