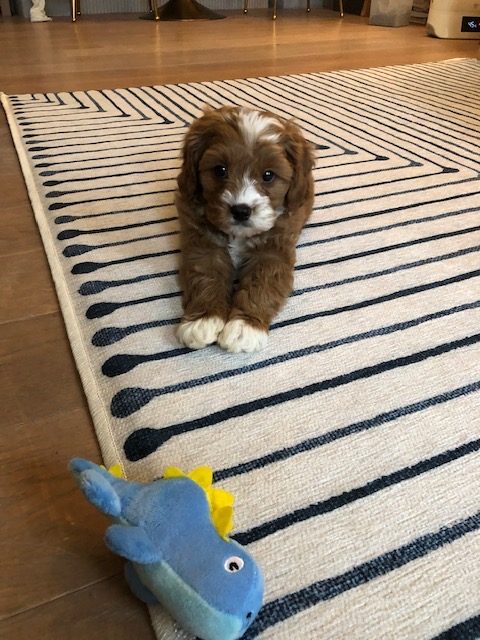 Classical conditioning is a type of learning that happens unconsciously. It occurs when an animal associates a particular stimulus with a response.. When you learn through classical conditioning, an automatic conditioned response (salivating) is paired with a specific stimulus (a “bell ring” followed by a tasty treat”) This type of learning is commonly observed in dogs and other animals.

How does it happen with dogs?

In classical conditioning, a dog learns to associate a particular stimulus, such as a ringing bell, with a response, such as salivating. This association is made through repeated experiences where the stimulus and response occur together. For example, a dog might learn to salivate when it hears a bell ringing if every time the bell rings, the dog is given food. Over time, the dog will begin to associate the ringing of the bell with the expectation of food, and will start salivating at the sound of the bell even if no food is given.

Science can be confusing?

Science works with definitions, so sometimes it can be confusing. But once you learn the definitions you can start putting the pieces together. Let’s deep in with some terms so we can break it down into first principles:

What you need to know.

Classical conditioning can be a powerful tool for training dogs, as it allows trainers to associate a desired behavior with a particular stimulus. For example, a trainer might use classical conditioning to teach a dog to come when a specific whistle is blown. By repeatedly blowing the whistle and giving the dog a treat every time he/she comes, the dog will learn to associate the sound of the whistle with the expectation of a treat and will eventually come automatically when it hears the whistle.

Ivan Pavlov was a Russian physiologist who is best known for his work on classical conditioning.

Why is Pavlov important in dog training?

Pavlov’s work on classical conditioning has had a profound impact on the field of psychology, and is still widely studied today. It is a fundamental concept in the study of behavior and learning, and has been used to explain a wide range of phenomena, from simple reflexive responses to complex cognitive processes.

One of the key features of classical conditioning is that the response is automatic and involuntary. In Pavlov’s experiment, the dog’s salivation in response to the bell was not something that the dog had to think about – it was a reflexive response that occurred automatically.

Another important feature of classical conditioning is that the response can be transferred to other stimuli that are similar to the original stimulus. In Pavlov’s experiment, the dog’s salivation in response to the bell was not limited to the specific bell that was used in the original experiment – the dog would also salivate in response to other bells that were similar in tone and pitch.

Overall, Pavlov’s work on classical conditioning has helped to shed light on the mechanisms of learning and behavior, and has had a lasting impact on the field of psychology.

Overall, classical conditioning is an important concept in the study of dog behavior and is a useful tool for trainers. It allows dogs to learn new associations and behaviors through repeated experiences and can be a powerful tool for shaping or modify a dog’s behavior.